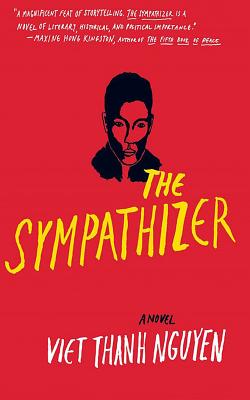 By Viet Thanh Nguyen, Francois Chau (Read by)
$19.99
Email or call for price

“The Sympathizer is a fascinating and highly original novel about the Vietnam War and its aftermath. The unnamed narrator, a South Vietnamese captain, works for the Americans while spying for the Viet Cong. After the evacuation of Saigon, he follows an American general to the U.S. and finds himself torn between two worlds: his new life in the West among his fellow political refugees and his sympathies for the Communists back home. Nguyen injects much dark humor into this tragic story, and the narrator's voice is both subversive and unforgettable. The Sympathizer will be one of the most talked-about novels of the year.”
— Pierre Camy, Schuler Books & Music, Grand Rapids, MI