You Betrayed Me: A Chilling Novel of Gripping Psychological Suspense (The Cahills #3) (Hardcover) 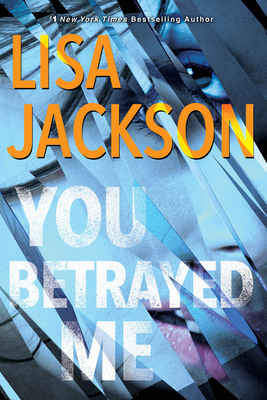 This is book number 3 in the The Cahills series.

A Goodreads Big Thriller of Fall 2020

“Complex…exhilarating. The constant twists will keep the readers hooked… a nonstop thrill ride.”
—Publishers Weekly, Pick of the Week for You Betrayed Me

The Cahills of San Francisco are famous for two things: their vast wealth, and the scandals that surround them. Murder, greed, deadly ambition . . . some people will do anything to get, and keep, the Cahills’ kind of money. Not that James Cahill wants any of it. He’s tried to make his own way, less interested in a future inheritance than in his construction company—and in enjoying the many women taken in by the easy charms of a handsome, soon-to-be-rich bad boy.

Perhaps there’ve been too many women. Waking up in a small hospital in Washington State, bandaged and bruised, James barely recognizes the gorgeous blonde who comes to visit. Through the haze of pain and medication, he recalls that she is Sophia, the woman he’s been cheating with. Gradually memories return—his girlfriend, Megan, had found out about Sophia. Now Megan is missing, her sister, Rebecca, is hounding him—and police and reporters are asking questions too. James insists he has no idea what happened. Yet he can’t escape a feeling of dread . . .

Meanwhile, in a locked room, a woman waits, trapped, petrified, and desperate. She thought she knew who to trust. But the betrayal you can’t imagine—or can’t remember—may be the most terrifying weapon of all . . .

LISA JACKSON is the #1 New York Times bestselling author of more than seventy-five novels, including Paranoid; Liar, Liar; One Last Breath; You Will Pay; After She’s Gone; Close to Home; Tell Me; Deserves to Die; You Don’t Want to Know; Running Scared; and Shiver. She has over thirty million copies of her books in print in nineteen languages. She lives with her family and three rambunctious dogs in the Pacific Northwest. Readers can visit her website at www.lisajackson.com and find her on Facebook.

OUTSTANDING PRAISE FOR THE NOVELS OF
LISA JACKSON

“A complex web of romantic entanglements forms the core of Jackson’s exhilarating third Cahills romantic suspense novel.. the constant twists will keep the readers hooked. This is a nonstop thrill ride.”
—Publishers Weekly, Pick of the Week for You Betrayed Me

“The propulsively paced plot of the third chilling installment in Jackson’s series about the wealthy, scandal-prone Cahill family, following If She Only Knew (2016) and Almost Dead (2017) has a definite Lifetime Movie Channel vibe, but Jackson effectively juices things up with plenty of sexy suspense, some soap opera embellishments, and a generous amount of high-octane thrills.”
—Booklist

“With well-placed twists and turns, author Lisa Jackson has written another thrilling story with interesting characters and a great setting.”
—RedCarpetCrash

“If you enjoy making puzzle pieces fit into a complete picture, then you’ll enjoy the intrigue and mystery of You Betrayed Me”.
—Keeper Shelf

“Jackson gradually builds up the layers of this tangled psychological thriller, leading to a stunning finale. Jackson knows how to keep readers guessing and glued to the page.”
—Publishers Weekly

“The author’s managing of the past and present separately is an effective method of clue dangling to keep readers in the dark until the huge OMG reveal. Fans of Lisa Gardner, Paula Hawkins, and J.T. Ellison will devour this one-sitting nail-biter.”
—Library Journal (starred review)

“This suspenseful thriller is packed with jaw-dropping twists.”
—InTouch Weekly

“Jackson generates near-constant suspense, weaving together disparate plot turns, directing a large cast of characters, and playing up movie-star egos and show-biz gossip to give the novel a vintage Hollywood feel.”
—Booklist

“Absolutely tension filled . . . Jackson is on top of her game.”
—Suspense Magazine