The Age of Reason (Paperback) 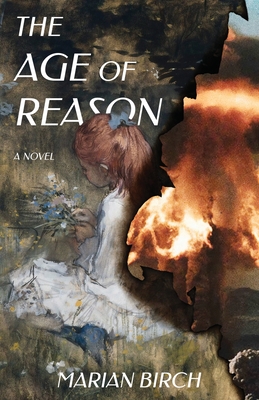 On Our Shelves Now
(This book cannot be returned.)

The Worcester tornado of June 1953 is just the beginning of the turbulent eighth year of Edith's life.

Edith has always had a rich imagination, filled with fairies, adventures and storybook characters. She escapes to it when she is buffeted by strains in her parents' marriage or when she is scared by the news - about nuclear bombs, about the execution of Communist spies who have children her age. As she gets older, it is no longer easy to flee to her imagination and overlook what she sees. She is more and more aware of the Cold War era threats of nuclear war and McCarthyism to her security and her beloved family. As best she can, she squares her small shoulders to understand and face an uncertain future.

In The Age of Reason by Marian Birch we experience a period of American life that is not-so-distant and not-so-different from our own time - the Cold War of the 1950s. Edith is bravely emerging from the protective swaddling of childish make-believe, where her vivid imagination can transport her out of a complicated, difficult, and sometimes frightening reality.