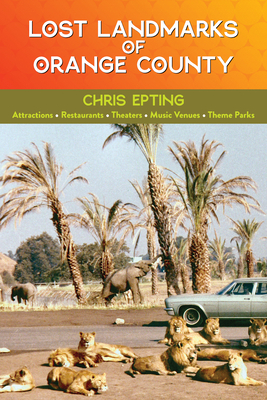 Since forming in 1889, Orange County, California has become famous all over the world for being home to such popular attractions as Disneyland, Knott's Berry Farm, and some of the most beautiful beaches in the world. But there are also many other places that helped establish the county as not just a popular tourist destination, but also home to countless cultural landmarks that served the local communities for generations.

Concert venues including the Golden Bear, Irvine Meadows Amphitheater, and the Cuckoo's Nest, which all featured some of the biggest names in rock and roll and popular music. Tiki bars, airports, drive-in movie theaters, themed restaurants . . . these were the places where generations of OC natives and visitors from around the world created memories that would last a lifetime.

Today, all of these locations are gone, but utilizing firsthand accounts, rare photos, artifacts, and other resources, Lost Landmarks of Orange County keeps the colorful memories of Orange County's past alive.