The Book of Speculation: A Novel (CD-Audio) 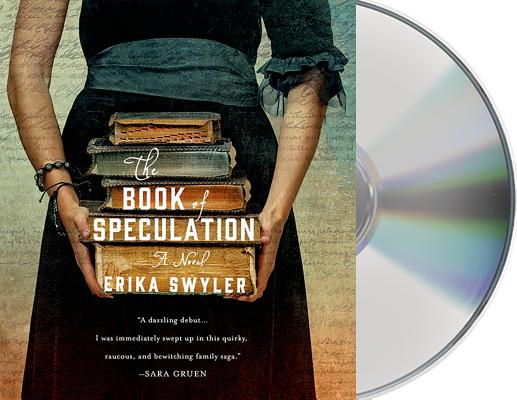 By Erika Swyler, David Pittu (Read by), Katherine Kellgren (Read by), Ari Fliakos (Read by)
$39.99
Email or call for price

In the tradition of Sara Gruen's Water for Elephants, Erin Morgenstern's The Night Circus, and Elizabeth Kostova's The Historian, The Book of Speculation is Erika Swyler's moving debut novel about the power of books, family, and magic.

David Pittu is a two-time Tony Award nominee, as well as the award-winning narrator of countless audiobooks, ranging in genre from young adult (Scholastic’s 39 Clues series) to spy fiction (Olen Steinhauer’s The Last Tourist and Milo Weaver series) to the contemporary fiction of authors such as Jeffrey Eugenides (The Marriage Plot) and Donna Tartt (The Goldfinch) and many more. Pittu received the Audie Award for Best Male Solo Narration for The Goldfinch, which also received the Audie for Best Literary Fiction.

Not only a veteran theater actor, he works regularly in film and television. He lives in New York City.

Katherine Kellgren has recorded over 200 audiobooks and won four Audie Awards, three ALA Odyssey Honors, and eight AudioFile Earphones Awards. In 2011, Kellgren was named the  Best Voice in Young Adult & Fantasy, and she won the Audie award for Best Female Narrator in both 2013 and 2014.  Kellgren has also appeared onstage in London, New York and Frankfurt. She has recorded numerous plays and dramatizations of novels for the radio, including winners of the Peabody Award. She is a graduate of The London Academy of Music and Dramatic Art. In naming Kellgren a “Golden Voice,” AudioFile magazine noted that she is a "marvel with accents...she is definitely a narrator to keep an ear out for." She lives in New York City.

Ari Fliakos is an actor with experience in television, radio, film, theater, and voiceovers. His narration of Seth Patrick’s Reviver won an Audie for paranormal fiction. He has narrated Black Site and Tier One Wild by Dalton Fury, as well as Gangster Squad, The Inquisitor, and Shotgun Lovesongs. On screen, he is best-known for his roles in Law & Order, Pills, and Company K.