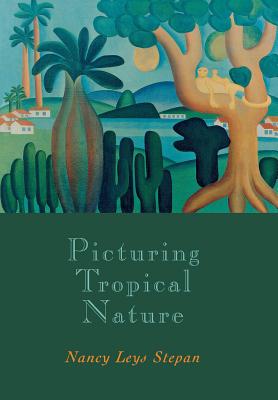 Whether as sublime landscape, malignant wilderness, or a site for environmental conflicts and eco-tourism, tropical nature is to a great extent an American and European imaginative construct, conveyed in literature, travel writing, drawings, paintings, photographs, and diagrams. These images are central to Nancy Leys Stepan's view that a critical examination of the tropicalization of nature can remedy some of the most persistent misrepresentations of the region and its peoples.Picturing Tropical Nature reflects on the work of several nineteenth- and twentieth-century scientists and artists, including Alexander von Humboldt, Alfred Russel Wallace, Louis Agassiz, Sir Patrick Manson, and Margaret Mee. Their careers illuminate several aspects of tropicalization: science and art in the making of tropical pictures; the commercial and cultural boom in things tropical in the modern period; photographic attempts to represent tropical hybrid races; anti-tropicalism and its role in an emerging environmentalist sensibility; and visual depictions of disease in the new tropical medicine. Essential to Stepan's analysis are the responses to European projections of artists, scientists, and intellectuals living in tropical regions. She examines the long-standing Brazilian fantasy of the tropics as a racial democracy, and offers an evaluation of the impact of tropical plants and European conceptions of the jungle on the anti-mimetic, modernist aesthetics of the brilliant landscape designer Roberto Burle Marx. In a fascinating inquiry into the aesthetic and political, Stepan demonstrates the conflicts over meaning that have shaped the emergence of the tropics, and in doing so questions the nature of representation itself.

Nancy Leys Stepan was formerly Professor of Modern History and Senior Fellow of the Wellcome Unit in the History of Medicine at the University of Oxford and is currently Professor of History at Columbia University. Her previous books include The Hour of Eugenics, also from Cornell, The Idea of Race in Science, and Beginnings of Brazilian Science.