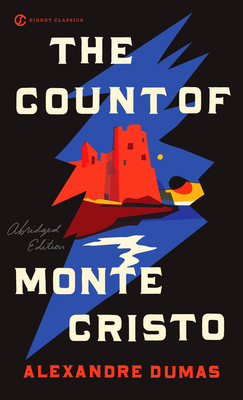 In his rousing adventure story, Alexandre Dumas employs all the elements of compelling drama—suspense, intrigue, love, vengeance, and the triumph of good over evil—that contribute to this classic novel’s irresistible and timeless appeal.

In the post-Napoleonic era, a young sailor from Marseilles is poised to become captain of his own ship and marry his beloved. But jealous enemies provoke his arrest, condemning Edmond Dantès to lifelong imprisonment in the infamous Château d’If. There, his sole companion reveals his secret plan to escape, as well as the location of a trove of riches hidden on a remote island. Determined to avenge himself against the men that conspired to destroy him, the newly free Edmond uses the treasure to forge a mysterious and powerful new identity: the Count of Monte Cristo.

Alexandre Dumas was born July 24, 1802, at Villiers-Cotterets, France, the son of Napoleon's famous mulatto general, Thomas-Alexandre Davy de la Pailleterie. Dumas began writing at an early age and saw his first success in a play he wrote entitled Henri III et sa Cour (1829). A prolific author, Dumas was also an adventurer and took part in the Revolution of 1830. Dumas is most famous for his brilliant historical novels, which he wrote with collaborators, mainly Auguste Maquet, and which were serialized in the popular press of the day. His most popular works are The Three Musketeers (1844), The Count of Monte Cristo (1844-45), and The Man in the Iron Mask (1848-50). Dumas made and lost several fortunes, and died penniless on December 5, 1870.

Roger Celestin is a professor of French and comparative literature at the University of Connecticut. He has published on French authors from the Renaissance to the twentieth century and is coeditor of the journal Contemporary French & Francophone Studies/SITES.